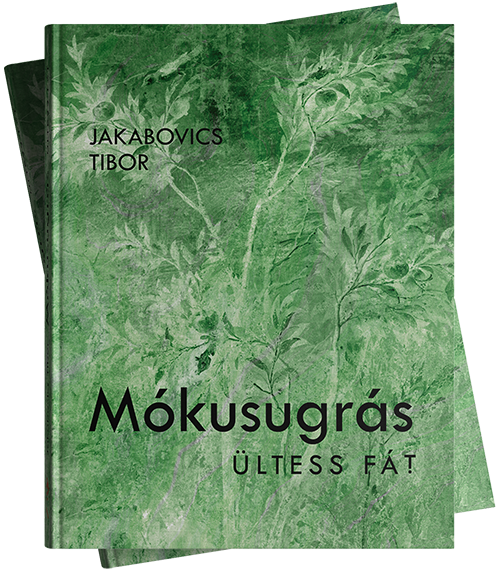 Each day, we get up, go to bed, take breaths, are born, love, are affected and affect others. Please include it in your list that each day, we plant a tree.
At least one.

The book can be ordered HERE

My Trees Hold Up the Sky
- The book

Humankind has transformed the Earth dramatically. Yet, it is going to be the Earth that survives for sure – will humankind also survive?
In his book, Tibor Jakabovics is urging every single person to plant trees every day. Planting trees is a way of life and the act of giving life. If you start planting trees, you will start perceiving the world through different eyes very soon. The trees will talk to them, a living organism will talk to them that breathes together with nature - where there is hope, there is connection, there is order and sense. My Trees Hold Up the Sky lets its reader in on the mystery of planting trees. It invites the reader into a forest where each tree is whispering something, and their wise community sets a standard for people, too.

Why is a squirrel’s leap an important measure for us, humans as well?
Read the book, and you will find out!

Tibor Jakabovics is a chemical engineer, a philanthropist, an art collector, and the father of three little daughters. He was born in Pécs, in 1966. As a researcher, he always creates something new by surpassing the world of customary things. It is maybe because of this approach that he refuses to accept the statement according to which there is nothing to be done for the biosphere of our planet any longer.

In his leisure time, Tibor Jakabovics plants trees. In a possessed manner. By now, a whole forest has cropped up under his hands. The everyday ritual of planting trees evoked new feelings and thoughts in his mind concerning nature, science, his personal journey through life and our joint future. He shares these in his book entitled My Trees Hold Up the Sky – with lots of humor and imagination, citing old memories from the village of his grandparents, and presenting stunning, yet conceivable visions of a future that is going to be more livable than the present. 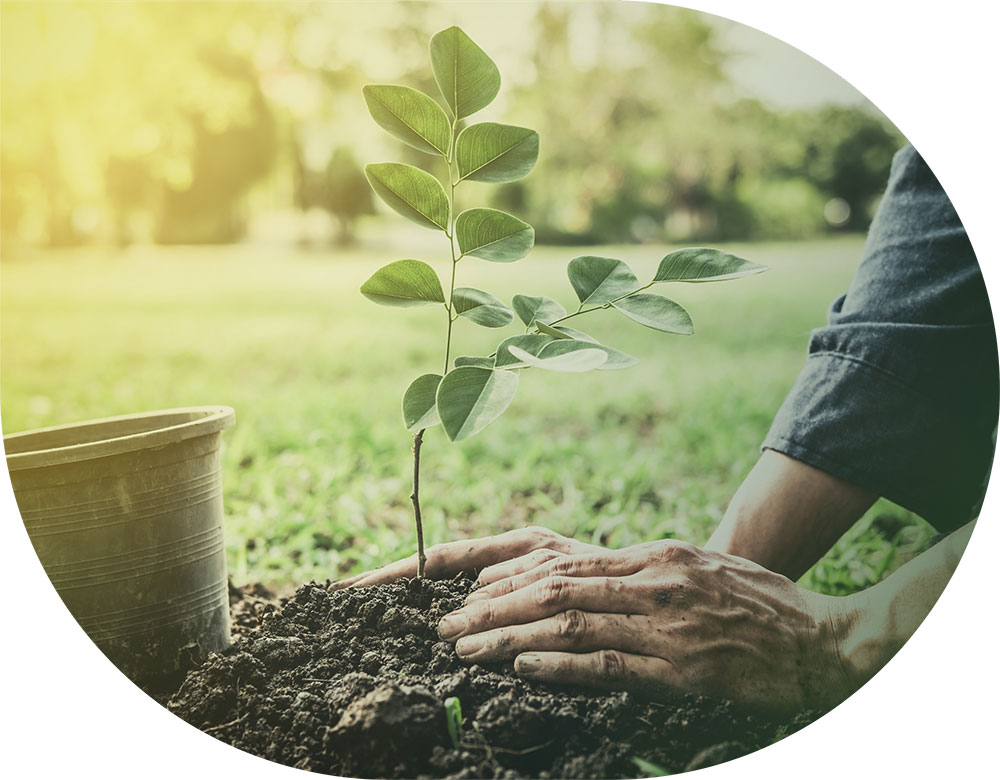 We took a hoe and a spade with us, I carried the spade, grandmother carried the hoe and the small basket on the hoe, and the blade of the spade was a little aslant, its handle curved and glitter clean, they were shiny and worn tools, it’s only me that calls them tools, they said scythe, hoe, pitchfork and spade, they only regarded the hammer and the pliers as tools.

We sought a place for the sapling beside the old peach tree. According to my grandmother, it was to be by its mother’s side but I knew that she meant it another way since that peach tree was certainly not its mother, even though it would become its mother when they get a chance to grow side by side, the older tree would maternalize next to the smaller one, which would become its child somehow. They would familiarize each other. It wasn’t my grandmother that told me so, I am saying this, but I scarcely think she would remonstrate. 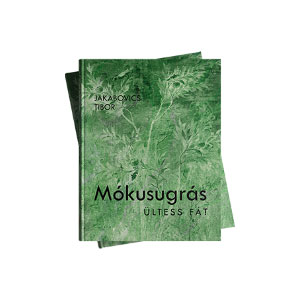 "It’s time to take the future in our hands. This is also possible using a well-made spade because planting trees is not only conservation – of climate and the environment – but creation, too. The same way as we give birth to our children, we raise thoughts, and enclose them in a book sometimes.
And where the future lies that we hold in our hands? This will only be known once – beside taking care of our tools and our backyard – we arrange what is awaiting understanding, processing, settlement and eventually handing over in connection with our past, family, community, life, as well as the outside world and our inner world. For this purpose, we all seek and find a personal route. The author of My Trees Hold Up the Sky hoists everybody alongside himself by planting and procreating in a way that his own passion is planted in others through lines of beautiful and lovable fine literature. This was how this unique book saw daylight."

Let’s bestow a look at this treeplanting idea, and let us not delve into its mental benefits now, namely that medical prescriptions could be issued for it easily, and that most of the shrinks would lose their jobs as a result. Instead, let’s notice some of its other feautures, such as their effect of making the air cleaner, of creating rain clouds like some pious tribal sorcerer could, and I do not even charge anything for these.

And in excess of the fact that there is no charge for these payoffs, I hold perfect sway over you because you cannot thwart my actions. I charge nothing for producing shade, water transfer, dust-free and well-composed air, and the so-called system of market conditions is reduced to the misfortune of gazing at the new state of affairs with eyes popping out, yelling ’what the hell’, not in a position to decide whether to opt out or not. 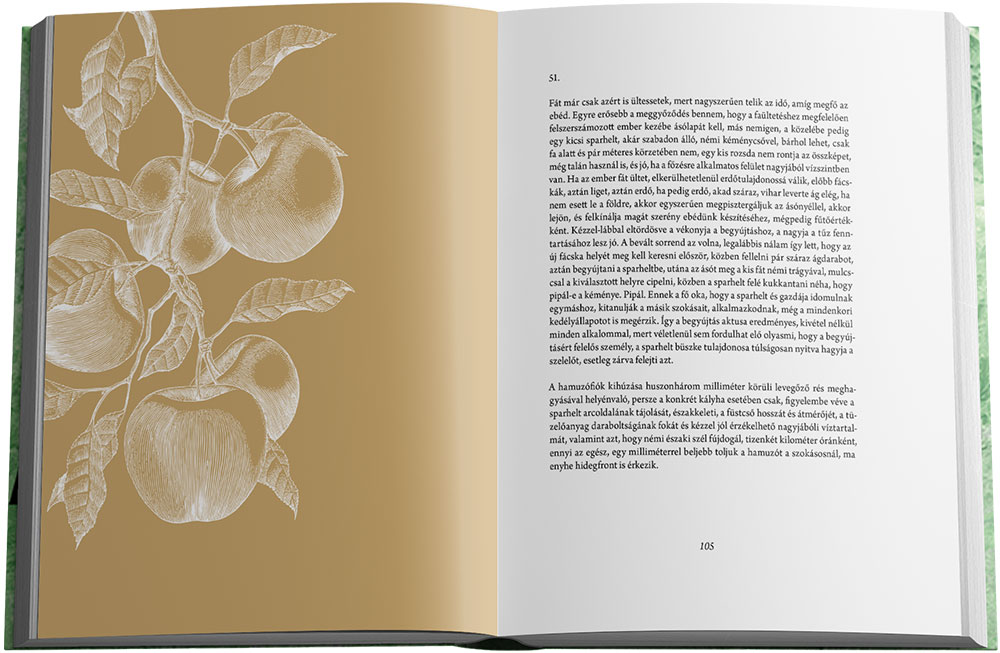 Would you like to read My Trees Hold Up the Sky?

The book can be purchased at a discounted price through Equibrilyum Publishing House. Soon to be published as an audiobook, too!

A fully developed tree produces more oxigen in a year than what a person inhales in the same period. However, it absorbs an even larger quantity of carbon-dioxide from the air. There is no better technology for the cleaning of the atmosphere and the protection of the climate than Mother Nature herself. Trees render our environment more livable and living. Where a forest grows, the world transforms. Deeper than where the tree roots can reach, and higher than where their foliage can stretch.

Let’s plant our own forest! My Trees Hold Up the Sky is not only a book – it is a petition and a movement, too. It aims to let loose the joy and passion of planting trees in the souls of both children and adults.